It’s time for my first round of Quick Reviews—critiques of those novels I am unwilling or unequipped to review more thoroughly.

Because isn’t it better to half-ass something than to none-ass it?

They were women who idolized their children, worshiped their husbands, and esteemed it a holy privilege to efface themselves as individuals and grow wings as ministering angels.

At a very early period she had apprehended instinctively the dual life—that outward existence which conforms, the inward life which questions.

It seemed to free her of a responsibility which she had blindly assumed and for which Fate had not fitted her.

She had all her life long been accustomed to harbor thoughts and emotions which never voiced themselves. They had never taken the form of struggles. They belonged to her and were her own, and she entertained the conviction that she had a right to them and that they concerned no one but herself.

I wanted to love A Passage to India (1924). I really did. It touches on a number of thought-provoking themes, from colonialism and race to gender and justice. It encourages critical thinking and open-mindedness. It contains some lovely writing.

But I returned it to my bookshelf feeling neutral at best. I never quite found my rhythm with Forster and wound up too distracted to glean much from his poetic, metaphor-heavy writing style. With a bit more concentration than I am able to devote during my commute, this might be worth a reread.

A Passage to India is the story of a criminal trial set in the fictional city of Chandrapore, early in the 19th century when the nation remained under British rule. The case divides two populations already half a world apart and chronicles the cultural, political, and social upheaval that inevitably follows.

The ending is vaguely satisfying, if anticlimactic (and, perhaps, unrealistic). But that’s about the best we can hope for with the classics, isn’t it?

Most of life is so dull that there is nothing to be said about it, and the books and talk that would describe it as interesting are obliged to exaggerate, in the hope of justifying their own existence.

We have a proverb in Urdu: “What does unhappiness matter when we are all unhappy together?”

I’d far rather leave a thought behind me than a child.

There are many ways of being a man; mine is to express what is deepest in my heart.

As a major cultural reference, Alice and her adventures in Wonderland (1865) should need no introduction.

My take? Well, for one, Alice prompted me countless times to ask the age-old question, “Am I an asshole?” Because how can any reader be expected to supply all the sympathy Carroll demands on Alice’s behalf? She is referred to as “poor Alice” on almost every page and had already cried three times less than a quarter of the way into the book.

Does anyone else find Alice insufferable? Or am I an asshole?

“Begin at the beginning,” the King said gravely, “and go on till you come to the end: then stop.” 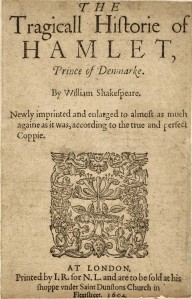 Hamlet (~1600) is known to most of us as the story of a whiny prince doomed to tragedy, and by the rest as Shakespeare’s masterpiece among masterpieces.

I’m almost sure I’d read Hamlet before beginning my List. My high school Brit Lit teacher was obsessed with Shakespeare, and we spent two solid months covering his works in every imaginable form: We watched two film versions of Hamlet, listened to The Merchant of Venice on a cassette tape (well after cassette tapes had grown outdated, mind you), read Macbeth aloud to each other in class, saw a stage version of Twelfth Night, and watched The Tempest in claymation. And somewhere in there, I’m almost sure I read Hamlet.

But I don’t have any actual definitive memory of reading it, the way I remember reading Othello in the parking lot of Chipotle, and Romeo and Juliet on a beanbag chair in my bedroom. And so, last summer, I gave it a(nother) quick run-through for good measure.

I have absolutely nothing to add to the global, historical Hamlet conversation (which should be obvious to you by now). Just read it. It’s really short.

We know what we are, but know not what we may be.

I am very proud, revengeful, ambitious; with more offences at my beck than I have thoughts to put them in, imagination to give them shape, or time to act them in.

This above all,—to thine own self be true.

All that lives must die,
Passing through nature to eternity.

I will wear him
In my heart’s core, ay, in my heart of heart. 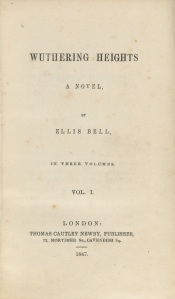 If I can save you from any mistake on this List, let it be Wuthering Heights.

Wuthering Heights (1847) is about a horrible family full of horrible people who do horrible things to each other. Catherine Earnshaw quickly became one of my least favorite protagonists of all time, second only to Rabbit Angstrom. I am, moreover, utterly baffled by Heathcliff’s status as a great romantic hero. He’s a piece of shit. He’s the shit that shit would shit if it were to shit.

As one reviewer put it, Wuthering Heights is:

a fiend of a book—an incredible monster … The action is laid in hell, only it seems places and people have English names there.

Wuthering Heights is not a love story, as far as I can tell. Mostly, it follows the vengeful warpaths of characters twisted by jealousy, rivalry, alienation, betrayal, and greed. Each blames the others for suffering that is plainly self-inflicted.

This is miserable reading on its best day. Save yourselves; it’s too late for me.

Whatever our souls are made of, his and mine are the same.

If all else perished, and he remained, I should still continue to be; and if all else remained, and he were annihilated, the universe would turn to a mighty stranger.

12 thoughts on “Quick Reviews, Part I”