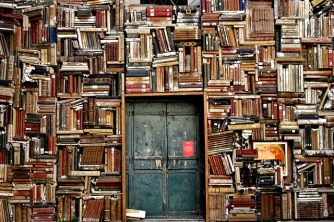 The end is nigh, my friends. The 100 Greatest Books Challenge is drawing to a close. But you know I’d never abandon you without saying good-bye—not even if we were out clubbing and Hugh Jackman was like, “Hey, girl…” Not even if I had a plane to catch on my way to my own elopement. Not even if the Apocalypse came, and I had the only fallout shelter.

Because, well, you know. I’m not a monster.

I’ll save my final send-off for another post, if only to keep a loose lid on word count. But in the meantime, here are all the best excerpts from The 100 Greatest Books of All Time. Every one of these quotes has stuck with me for one reason or another, for better or for worse. They are among the finest literary encounters I’ve ever made. And if I could fall in love with a word or a sentence, these would be my soul mates.

Let me introduce you:

Long ago, I learned how to be brave, how to go forward always.

-Edith Wharton, The Age of Innocence

As the years passed, she replied only: “I’m going away from here.” And it hung, this determination, like a heavy jewel between her breasts; it was written in fire on the dark sky of her mind.

-James Baldwin, Go Tell It on the Mountain

I am writing a curse, yet I adore you! I hear it in my heart. One string is left, and it sings.

I don’t want every one to like me; I should think less of myself if some people did.

-Henry James, The Portrait of a Lady

With thee it was not as with many that will and would and wait and never do.

Who then may trust the dice, at Fortune’s throw?

Her heart of compressed ash, which had resisted the most telling blows of daily reality without strain, fell apart with the first waves of nostalgia.

I saw within Its depth how It conceives
all things in a single volume bound by Love
of which the universe is the scattered leaves.

And they beat. The women for having known them and no more, no more; the children for having been them but never again. They killed a boss so often and so completely they had to bring him back to life to pulp him one more time. Tasting hot mealcake among pine trees, they beat it away. Singing love songs to Mr. Death, they smashed his head. More than the rest, they killed the flirt whom folks called Life for leading them on.

I waited not for light but for that doom which we call female victory which is: endure and then endure, without rhyme or reason or hope of reward—and then endure.

Let me say before I go that I forgive nobody. I wish them all an atrocious life and then the fires and ice of hell.

My theme is memory, that winged host that soared about me one grey morning of war-time. These memories, which are my life — for we possess nothing certainly except the past — were always with me.

As I made my way home, I thought Jem and I would get grown but there wasn’t much else for us to learn, except possibly algebra.

-Harper Lee, To Kill A Mockingbird

I was a-trembling, because I’d got to decide, forever, betwixt two things, and I knowed it.

Life is strewn with these miracles for which people who love can always hope.

Indulge your imagination in every possible flight.