I spent the first half of October on a long-planned road trip through New England, unable to decide what I was enjoying most: the foliage, the history, the food, or the (not-so-)simple fact of taking two weeks’ vacation. I took turns driving a cozy rental car with Spiderman (the alias I’ve bestowed upon my husband in this blog) across Vermont, New Hampshire, Maine, and Massachusetts, and this is what I have to show for it:

…Because, of course, New England is one of the most densely packed literary hubs on the planet, and has been ever since the birth of this beautiful, optimistic, imperfect nation. And I had plenty of room on my bookshelf (OK, not really) to add to my Travel Collection.

Here’s what I learned along the way—besides the fact that the Massachusetts State House’s Sacred Cod was once “Cod-napped” by the staff of the Harvard Lampoon.

Our first literary stop was Amherst, Massachusetts, where Emily Dickinson lived and wrote some 1,800 poems in determined solitude.

Influenced by the Metaphysical poets of the 17th century as well as the Book of Revelation, Dickinson tackled love, death, immortality, and nature among other themes. Almost all of her work was published posthumously, but her reputation as an original and insightful artist has since earned her a place in the American canon.

Here are a few excerpts from the Selected Poems & Letters I picked up at her house:

When you have done, pray tell me,
That I my thoughts may dim;
Haste! lest while you’re lagging,
I may remember him!

Hope is the thing with feathers
That perches in the soul,
And sings the tune without the words
And never stops at all.

There is no frigate like a book
To take us lands away,
Nor any courses like a page
Of prancing poetry.

This traverse may the poorest take
Without oppress of toll;
How frugal is the chariot
That bears a human soul!

“The chariot that bears a human soul”… and I thought I didn’t like poetry. WELL PLAYED, Dickinson. Well played.

After a handful of illiterate stops in Vermont, New Hampshire, and the northeast coast, we made our way down to Portland, Maine. Portland’s literary legacy owes much to Henry Wadsworth Longfellow of “Paul Revere’s Ride“ fame.

The Wadsworth-Longfellow House, where brick-on-brick is worn as proudly as denim-on-denim.

Remember “One, if by land, and two, if by sea”? That was Longfellow, almost 100 years later, describing the moment when two lanterns were hung in Boston’s Old North Church to signal the advance of the British army.

Modern scholars/killjoys emphasize the poem’s many historical inaccuracies. But in Longfellow’s (and, frankly, every writer’s) defense, IT SOUNDED GOOD, OK? 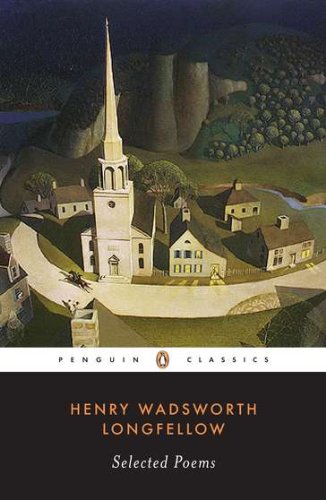 Here are the opening stanzas to his legendary commemorative poem:

Listen, my children, and you shall hear
Of the midnight ride of Paul Revere,
On the eighteenth of April, in Seventy-Five:
Hardly a man is now alive
Who remembers that famous day and year.

He said to his friend, — “If the British march
By land or sea from the town to-night,
Hang a lantern aloft in the belfry-arch
Of the North-Church-tower, as a signal-light, —
One if by land, and two if by sea;
And I on the opposite shore will be,
Ready to ride and spread the alarm
Through every Middlesex village and farm,
For the country-folk to be up and to arm.”

Sometimes I am glad I have so few occasions to meet famous dead people. Right now I’m picturing myself meeting Longfellow, stuttering out a hello, reaching over to shake his hand, and saying, “YOU DID A GOOD POEM, SIR.”

Longfellow is not, however, Portland’s only household name. Stephen King was also born in Portland and still spends most of the year in Maine.

Somehow, to this day, I have yet to read King. But hopefully—with The Shining now sitting patiently on my shelf, and only 6 books left on The List (!)—I’ll find the time soon. I found this copy at one of Portland’s many bookstores, our favorite feature of the city by far. In addition to the Maine Historical Society gift shop, two perfect indie bookstores grace the compact Old Port: Longfellow Books on Monument Way, and a branch of the Maine-only chain Sherman’s on Exchange Street.

Why not SherMaine’s??? Such a missed opportunity.

It poured down rain on the day we traveled to Salem, Massachusetts, but this bewitching little city still made a great first impression. Among its more notable residents was Nathaniel Hawthorne, who wrote The Scarlet Letter while living in Salem’s harbor-facing Custom House.

Yeah, I took this photo on Day 2, after the rain cleared.

Unable to find an edition of The Scarlet Letter that did not scare the bejesus out of me, I opted instead to buy The House of the Seven Gables: 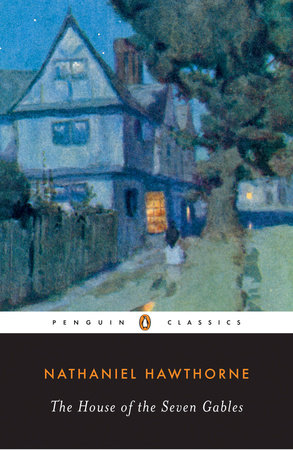 Inspired by a real mansion built in 1668 (still open today to the fee-paying public), The House of the Seven Gables is a 19th-century Gothic novel compared by one reviewer to “a passage through the wards of an insane asylum.”

Don’t get too excited, though; another reviewer called it “I’m so glad you’re dead, Nathaniel Hawthorne.”

Most of the renowned authors who’ve lived in the Boston/Cambridge area were only temporary residents, so I opted against making a “sort-of-Boston” book purchase. I did, however, want to see the Old Corner Bookstore, where Ticknor and Fields published almost all of the authors in this blog post during the 1800s.

Unfortunately, it hasn’t been a bookstore or a publisher for quite some time. It is now, of all things, a Chipotle Mexican Grill:

What’s wrong with this picture?

My first impulse, upon seeing this Chipotle, was to boycott it on behalf of the publishing industry. But I also really wanted some tacos.

The tacos ultimately won out, much like democracy, and they were delicious.

Nowhere in New England is more literary than Concord, Massachusetts, home to approximately all (but, more accurately, four) of the “Late and Great” American writers. Here we go, in accidental alphabetical order:

Louisa May Alcott wrote her semi-autobiographical Little Women at the Alcott family home known as “Orchard House.” Her own sisters were the inspiration for Meg, Beth, and Amy March, and Alcott wrote much of herself into the beloved Jo March.

I remember being crushed by Little Women long ago, but this Penguin Threads edition was too beautiful to exclude from my Travel Collection:

While living in Concord in the 1830s, Ralph Waldo Emerson made significant contributions to the Transcendentalist movement, publishing essays including “Nature” and “Self-Reliance” and lecturing across New England. His first Concord residence, known today as the Old Manse, is directly adjacent to the Old North Bridge, where the Battle of Concord took place in 1775. Emerson’s grandfather, the Rev. William Emerson, watched from the house as 400 Minutemen fired upon the British light infantry.

Nasty Redcoats, we hates them!

Emerson wrote his “Concord Hymn” as part of the dedication ceremony for a memorial obelisk erected on the site in 1837, famously referring to the Americans’ first round of fire as “the shot heard round the world”:

By the rude bridge that arched the flood,
Their flag to April’s breeze unfurled,
Here once the embattled farmers stood,
And fired the shot heard round the world.

I played my own small role in history by purchasing this poetry collection from a 17-year-old hippie at the Old Manse gift shop: 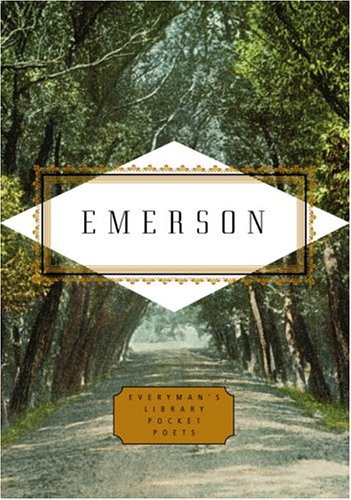 Fun fact: Nathaniel Hawthorne lived at the Old Manse from 1842-1845, after Emerson moved into another home in Concord. Nathaniel Hawthorne also lived in a Concord house called the Wayside, which he bought from the Alcott family when they moved in to Orchard House next door.

This is, of course, the same Nathaniel Hawthorne we met earlier in Salem. Was he nomadic? Restless? Or just poor? you ask.

The answer is: I dunno, go ask Wikipedia.

Henry David Thoreau, that famous freethinker, was born in Concord and returned to his hometown after graduating from Harvard in 1837. Of course, he famously left Concord again in 1845 to live in a one-bedroom cabin on the north shore of Walden Pond.

…Or did he? Walden Pond sits just two miles outside of Concord, meaning Thoreau could walk home anytime he wanted—and did, several times a week, for company and baked goods.

Nevertheless, Thoreau’s Walden has come to occupy a unique place in the American imagination, promoting principles such as self-sufficiency, simple living, and the conservation of nature and the wilderness.

We spent our final day in New England at The Mount, the Berkshires home designed by Edith Wharton in 1901.

On your right you’ll observe the grass steps of The Mount, oft-noted for their grassiness.

On a two-hour tour of the house and gardens, we learned how Wharton used decidedly literary principles in modeling the home to her tastes. She applied a concept analogous to “parallel structure” to the interior, for example, repeating patterns as often as possible.

She also insisted on a smooth transition between the house and the countryside beyond, which she achieved via a large, grassy lawn, a tree-lined promenade, and even a gradual change in building materials from least to most natural.

Wharton famously said in letter to her lover that she was “a better landscape gardener than novelist,” but I’m guessing her Pulitzer Prize would disagree.

Wharton’s library at The Mount is filled with her own collection of novels, annotated by Wharton herself, as well as works on gardening, travel, history, philosophy, religion, and science in English, French, Italian, and German.

Wharton wrote 40 books in 40 years before her death in 1937, so I didn’t have an easy choice of gift shop souvenirs:

I finally settled on The House of Mirth, a book I read (and loved) years ago but do not own for some reason. Wharton wrote The House of Mirth during her 10 years at The Mount, mostly from her comfortable, sunny bedroom.

Here are a few House of Mirth excerpts, in case you haven’t come across her and need a little encouragement:

She had been bored all the afternoon by [him]—the mere thought seemed to waken an echo of his droning voice—but she could not ignore him on the morrow, she must follow up her success, must submit to more boredom, must be ready with fresh compliances and adaptabilities, and all on the bare chance that he might ultimately decide to do her the honour of boring her for life.

That’s Lily all over, you know: she works like a slave preparing the ground and sowing her seed; but the day she ought to be reaping the harvest she oversleeps herself or goes off on a picnic.

Every step she took seemed in fact to carry her farther from the region where, once or twice, he and she had met for an illumined moment.

And, finally, in the wake of a Trump presidency:

Why do we call all our generous ideas illusions, and the mean ones truths?

The last photos I’ll share with you today are autumnal snapshots of Edith Wharton’s pet cemetery:

I realize this has nothing whatsoever to do with books. I just thought it was funny.

RIP, Toto—you will not be forgotten.

That’s all, folks! I hope you enjoyed your tour of Literary New England, and the newest books on my shelf.